Lucky early on in life discovered his love of music and natural gift for singing and songwriting in the musical melting pot that is New Orleans, where he was born. The devastation of Hurricane Katrina displaced his family and they ended up moving to the small town of Tyler, TX. Ultimately Lucky knew he wanted to pursue music so he moved to Atlanta for a brief stint and eventually ventured to Los Angeles to pursue his dream. After meeting D’Mile and working with him on what would become his debut album Painted, Lucky fully realized his voice and potential. His undeniable talent as a vocalist took shape and landed at him at his label home, Keep Cool, in partnership with RCA Records. In late 2018, he released the explosive hit "Roll Some Mo", which has now has nearly 30 million streams worldwide. Lucky went on to release two EPS, I and II, leading into his May 2019 release of Painted, which has already received critical nods from Rolling Stone, Complex, NPR, Essence, Hypebeast, Noisey, Billboard, Pigeons & Planes, The FADER and has been streamed over 62 million times worldwide.

Lucky's live show continues to gain new fans for the multi-talented singer-songwriter. His recent appearance on NPR's Tiny Desk was notable, packing the small stage with a full 10-piece band and extended horn section, yet still allowing his incredible voice to cut through. Fans, peers and critics also saw Lucky perform at the 2019 BET Awards on the Music Matters stage where he delivered an electrifying performance of “Roll Some Mo” before he headed to his hometown of New Orleans to play at the 25th Anniversary Essence Festival. Later this year, Lucky will embark on his first ever North American headlining tour which will see him hit 25 cities across Canada and the US.

Additionally, Lucky was recently featured in the BAPE Ghostbusters Anniversary campaign alongside Tyla Yaweh and KILLY. 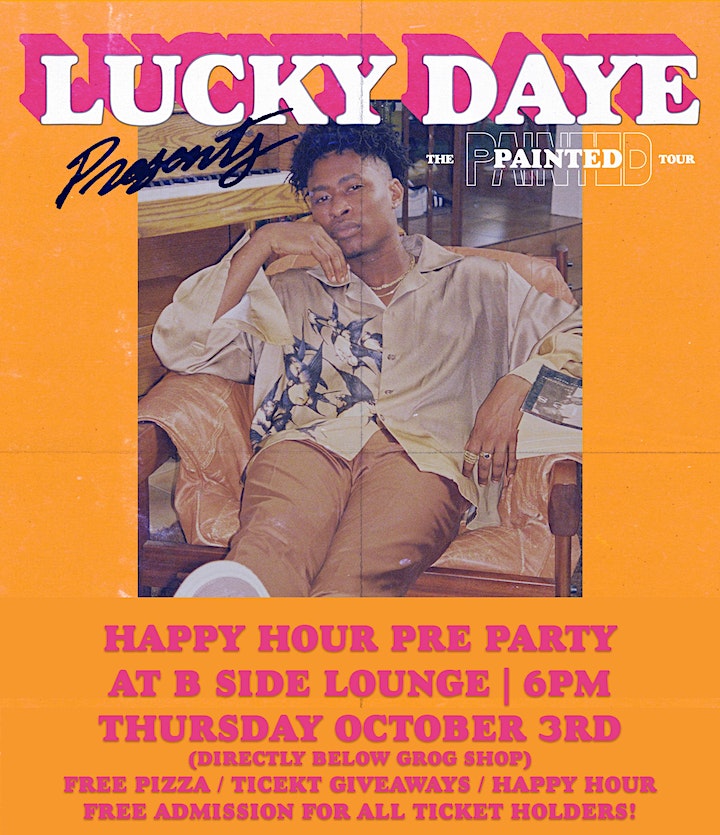