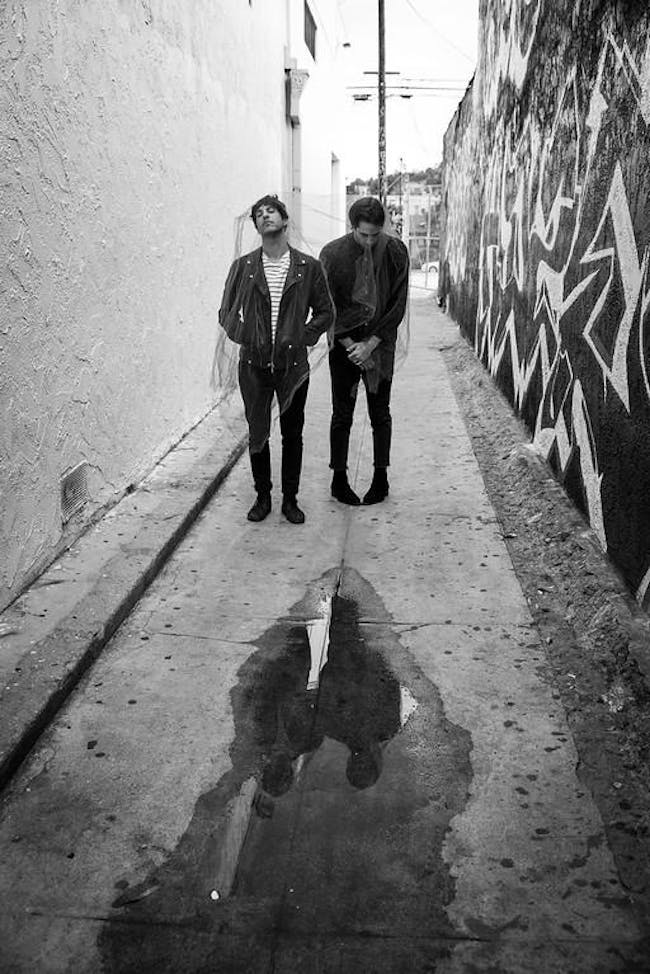 Los Angeles has always been a place where dreamers go to dream and then through luck and chance, those dreamers either transcend into their own reality of success, failure, or some version of the middle. For Alternative Pop/Rock and LA transplant duo KidEyes, this fabled tale of California dreamin’ has been the blueprint for their whole existence. “I’ve always looked at my failures as my successes,” says vocalist, Greg Cahn. “It’s just my weird form of luck.”

After another band breakup, KidEyes’ other half, Producer and guitarist Ben Epand was done being another vulnerable musician and decided to start producing his own tracks. “Once I started diving feet first into recording and taking control of my constant need to create, I realized I should’ve done this long ago. But such is life.” Now the problem wasn’t producing the tracks or finding the inspiration or themes for his recent hardship or “bad luck” per say, but finding the right voice to add the inflections to the new burst of creativity that was starting to boil over. Similarly, another band breakup had just occurred on the other side of town and now two LA wanderers by way of Ohio and Connecticut, were about to meet, they just didn’t know it yet. Not until a mutual friend and music manager played matchmaker and told both of them, I have the perfect collaborator for you on your next project!

“I remember our first session, says Cahn. I drove to Ben's rehearsal space, which was this massive old warehouse on the outskirts of downtown LA. I remember the smells of walking into that building for the first time. The fear of the unknown. The insecurities of going back to square one. Everything new and frightening. I then remember knocking on the door, which was wedged between many other doors of band rehearsals and projects taking place, and thinking here's another random music project in another random room in LA. Then the door opened and something felt oddly familiar. Like we had already written songs before in this room, even though we 100% have not. It was strange. We sat down that day, and it was like a therapy session. Then we just started pouring out the history of emotions into songs. Guitar and vocals. And went from there. Internally it was a struggle, externally it was very natural.”

All of these themes of self-doubt, wonder, tragedy, and triumph displayed on their self-titled debut EP KidEyes are what connected these two collaborators to create KidEyes from scratch. Well not necessarily scratch, but from past experiences and endings. “Just as in life, this project is not meant to be perfect” says Cahn. “In fact, it’s meant to depict and celebrate the imperfections of dreams big and small, in all its failed glories."