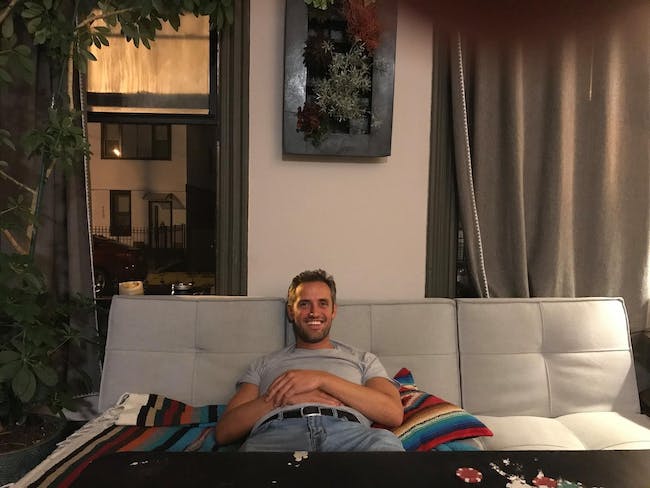 Described as cerebral, sardonic, and flat out bizarre, Joe combines low brow, off-color humor with high brow references to satirize serious subjects. Joe has morphed smart and stupid into his own unique brand of silly-- but layered--comedy. He’s taken his off-stage persona of intolerable presence and morphed it into his on-stage persona of lovable jerk and is facetious to a fault.

Joe has performed in numerous comedy festivals such as Chicago TBS Just For Laughs Fest, the Boston Comedy Fest, the Memphis Comedy fest, Chicago Sketchfest and he was a finalist for the Andy Kaufman Award.

Joe is a regular at many Chicago comedy institutions, including Zanies, Laugh Factory, Comedians You Should Know, and Paper Machete. He’s opened for some of the biggest names in comedy like Dave Attell, Jon Lovitz, Natasha Leggero and Harland Williams.

Has he also appeared in a Cracker Barrel commercial and an episode of Chicago Med where he improvised yelling at Oliver Platt? Yes he has.

If you're not in the same town Joe is performing in, you can catch him on his improvised character podcast "30 Characters." And purchase his debut comedy album "Ugly" which opened at #1 on iTunes. You can also watch the full special on YouTube.

All patrons must wear masks upon entry and throughout the club, unless actively eating or drinking. Once you are seated at your table, you may kick back and relax, but moving around the club, in any capacity, will require your mask - and yes, that means over your nose and mouth.

The Grog Shop is committed to keeping a fun, but SAFE environment for our customers and staff!

Thank you for your continued support during these strange times.