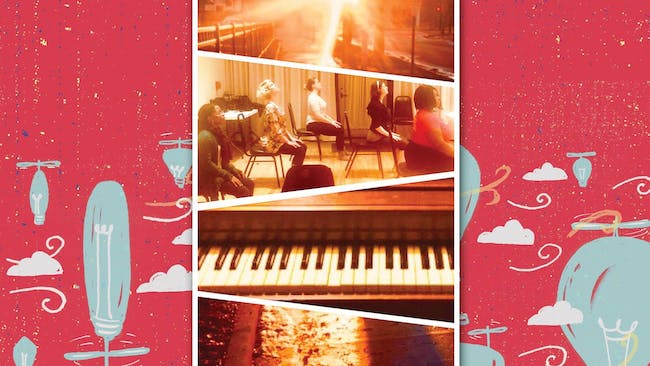 We are an ensemble of women from Cleveland, OH. We have come together to work on an evolving performance piece called Emergence. Emergence is a soundtrack for change - a stirring, questioning musical and movement score that asks "How do we show up fully, awake, aware, and empowered in action in a dysfunctional society?"

The Emergence ensemble is composed of all women, including Elizabeth Kelly, Victoria McBride, Charde Young, Colleen McCaughey and Molly Andrews-Hinders. We've been joined by John Dayo-Aliya, Artistic Director of Ma'Sue Productions, who will serve as a collaborator and dramaturg. The ensemble is also joined by guitarist Mo Dugger.

We strive to create a piece that is flexible. By adapting the piece for different venues and locations, we seek to connect with a broad audience, and reach people who might not otherwise encounter our work. We believe we have the power to heal ourselves, to empower ourselves and one another, and to create meaningful change. We believe in the power of art to transcend, uplift and catalyze - to connect us, even in our differences, rather than divide - to embrace fully our humanity, rather than anesthetize.