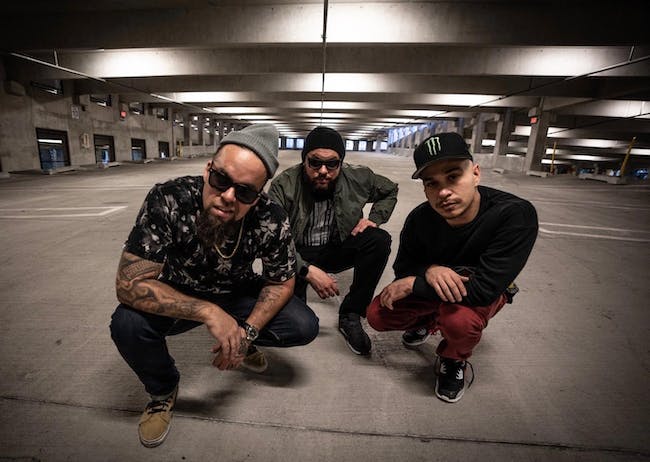 ¡MAYDAY! have continuously released music throughout the years without hardly taking a break. They're constantly releasing music and also maintain a pretty steady tour scheduled. They're one of the most notable acts on Tech N9ne's Strange Music label which makes sense since they've clearly taken a page out of Tech's book considering their grind. Shortly after Valentine's Day, the group blessed fans with the sequel to their 2009 project, The Thinnest Line.

The project serves as the sequel to their 2009 EP which they released on Valentine's of that year. The six track project features appearances from Savannah Cristina who appears on the intro track, "Close." Myagi also assists the Strange Music group on "Creature Of Comfort."